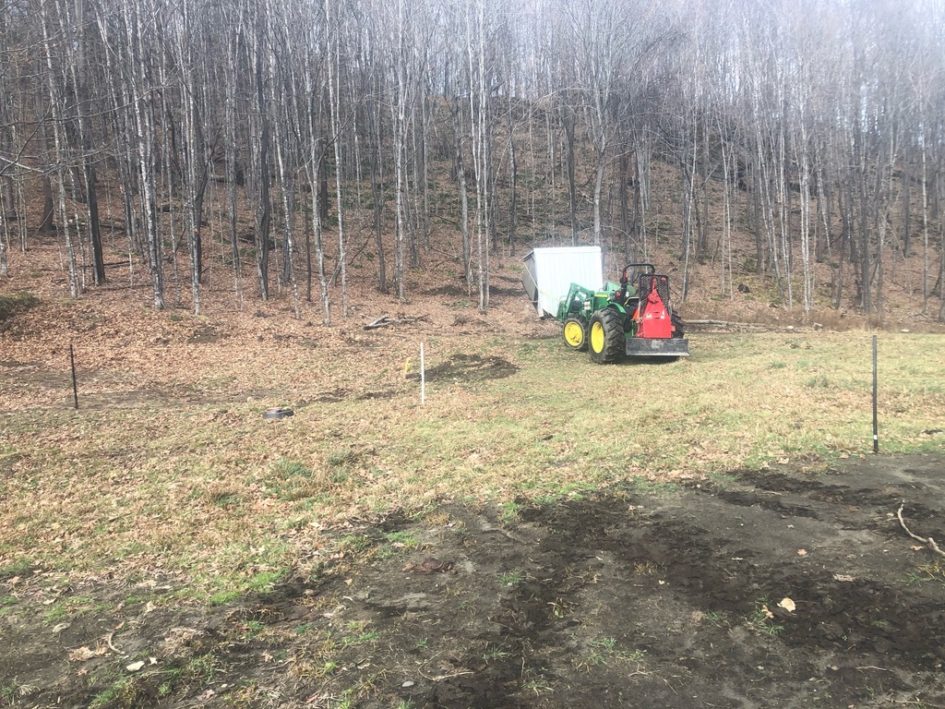 As winter is breathing down our necks, we got the pig field house moved to an area we recently cleared, closer to the barn, and therefore closer to water. The girls easily moved to the new pasture; Sam the boar was more reticent, fearful of the space where the fence previously resided, despite there being a large gate through which to pass. At least he has a respect for the electric fence, which was not the case when he first came.

Such moves mean the winter chore load is lessened, and means it is easier to plow out some space for the pigs in the deep snows. The excavator and tractors were integral to this project, the former for site prep, the latter for moving the actual house. The field house was originally designed for housing a couple of meat pigs, but has spent 4 years housing multiple full size adult pigs, including the boars, all of whom are mighty hard on equipment! It required a new floor and some siding repairs this year, but is still holding up fairly well.

We have thoughts of building another field house, likely with a steel frame for increased strength with less added weight. Along with another mobile pig house, we will eventually build a mobile run in shed for Sylvie the cow and her calf to have shelter when they are in the pastures that are not close to the barn. Having that housing decreases the wear and tear on the barn as well as helping us access the outer pastures.