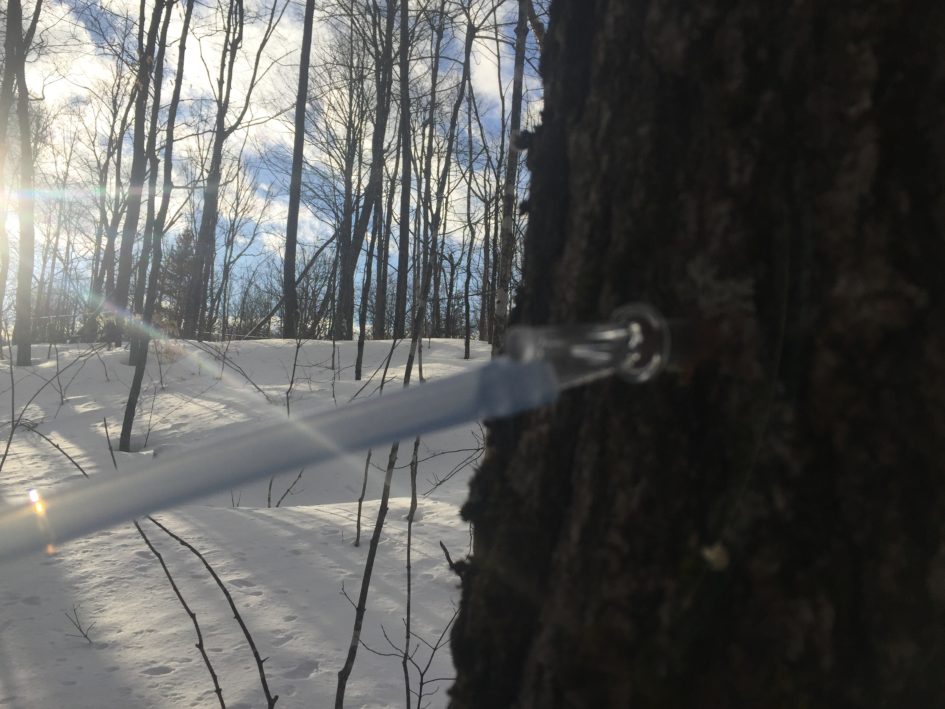 The forecast is looking like sap will be flowing strongly this week, warm days, cold nights after a ridiculously warm 36-hour period. I don’t know much about it, but there is discussion of the polar vortex splitting, leading to warmer than usual temps this week. Who knows what will happen after this week.

Regardless, we have started tapping, hoping to be done tomorrow. Major kudos to Jeremiah who has been working his tail off between sleep and his night shifts. We’re in the homestretch of preparation prior to boiling sap and making syrup. 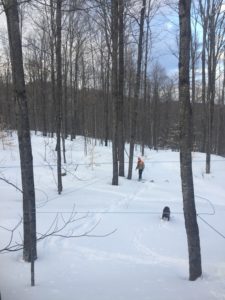 Eleanor spent some time out there this afternoon, mostly playing in the snow, but occasionally helping set the taps. As we were tapping, some trees were dripping sap. As expected it was deliciously sweet when we caught drips with our tongues. 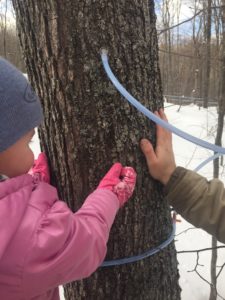 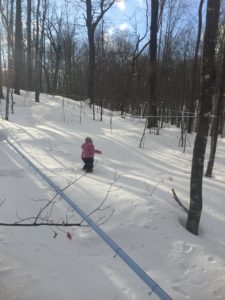