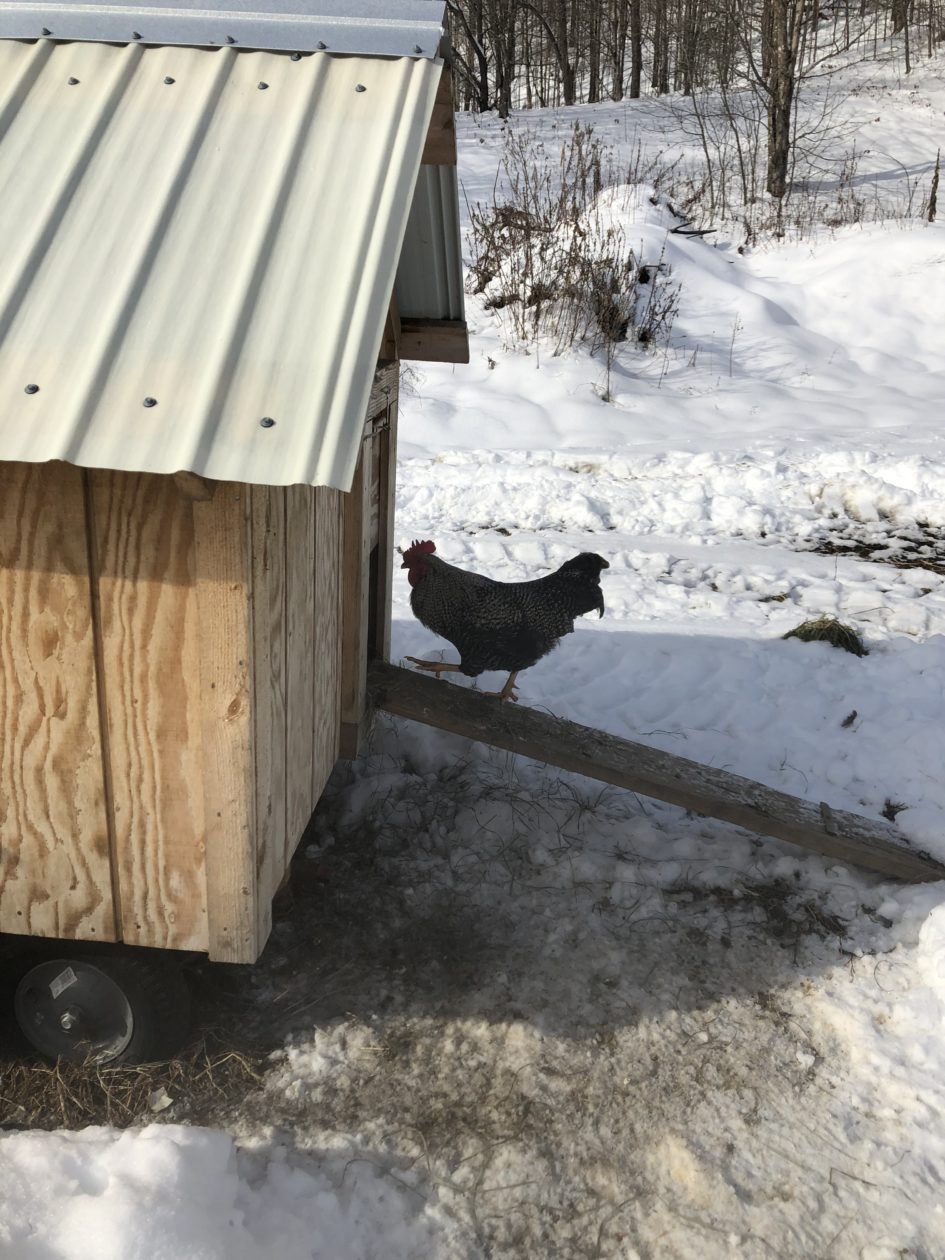 Monty the rooster came to Sweet Bear Farm last weekend, accompanied by his 5 hens to join the other ladies already at home in the coop. He spent his first night in the woods as he didn’t get into the coop before we closed the door for the night,and was uninterested, despite significant efforts, in being caught and brought to the coop. The second night, he figured it out and every evening since then, he’s made his way in before dark. He can be found happily ensconced among his ladies. He does like to crow, but the coop is far enough from the house that he doesn’t wake us!

Monty is NOT happy about the snow. When the first snow came and stayed, he refused to come out at all. When the subsequent snows came, he’d briefly poke his head out and then go back inside. Yesterday, since Jeremiah plowed a big area around the coop, Monty ventured out 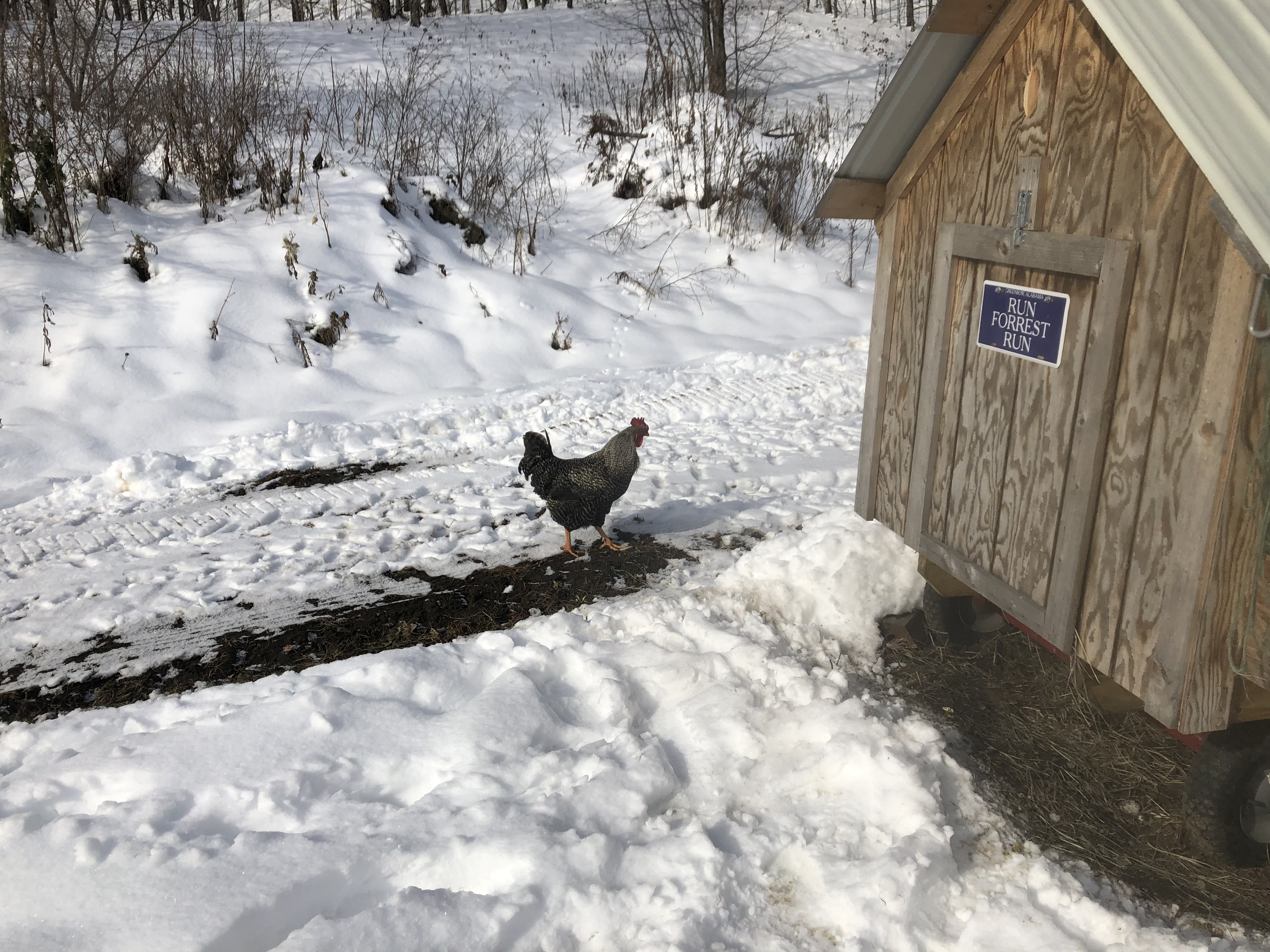 And was even found later in the afternoon checking out the front porch of the house (he was advised that he could take his crowing and his poop and kindly vacate the area immediately around the house!). 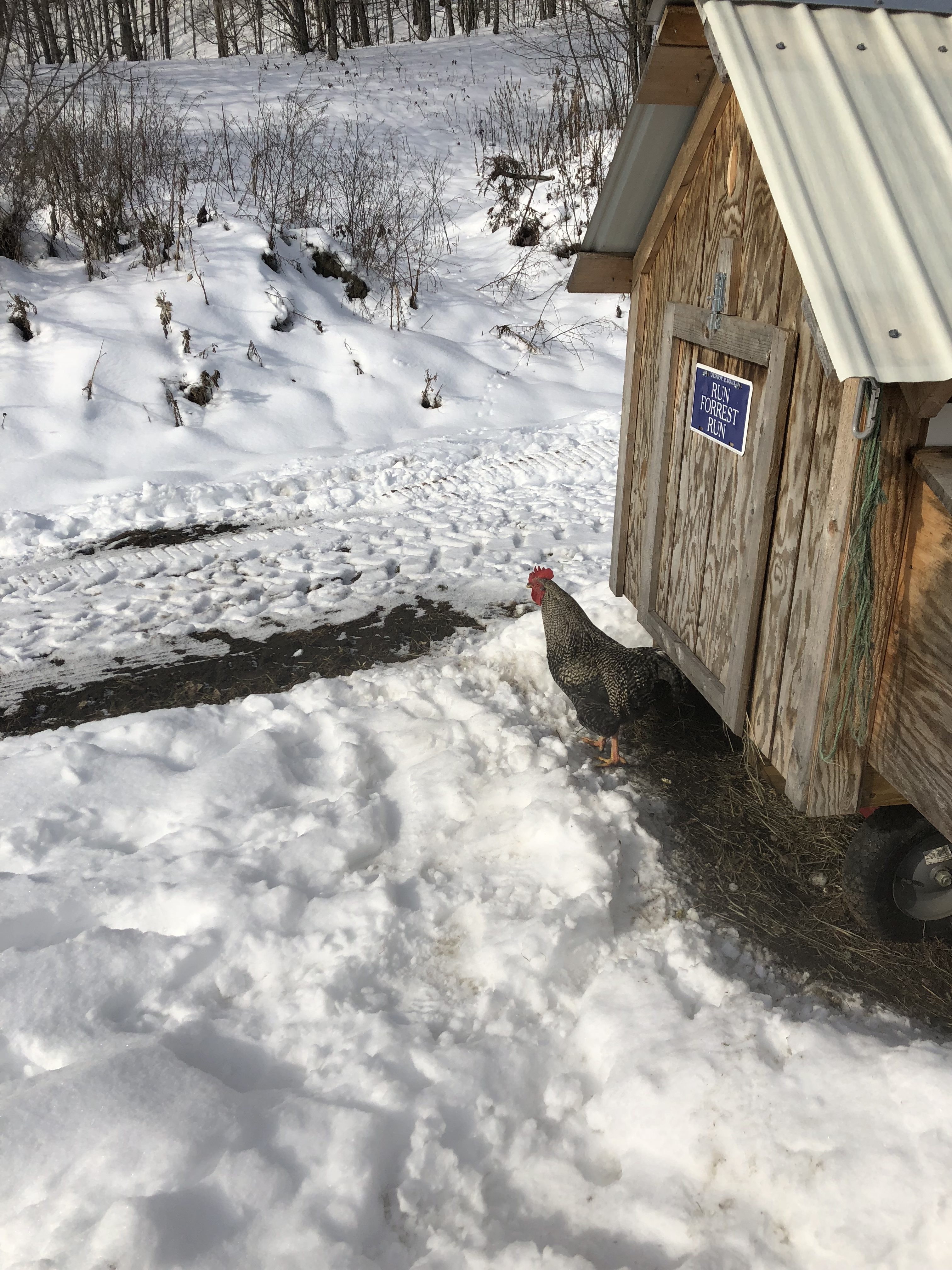