New additions to the farm 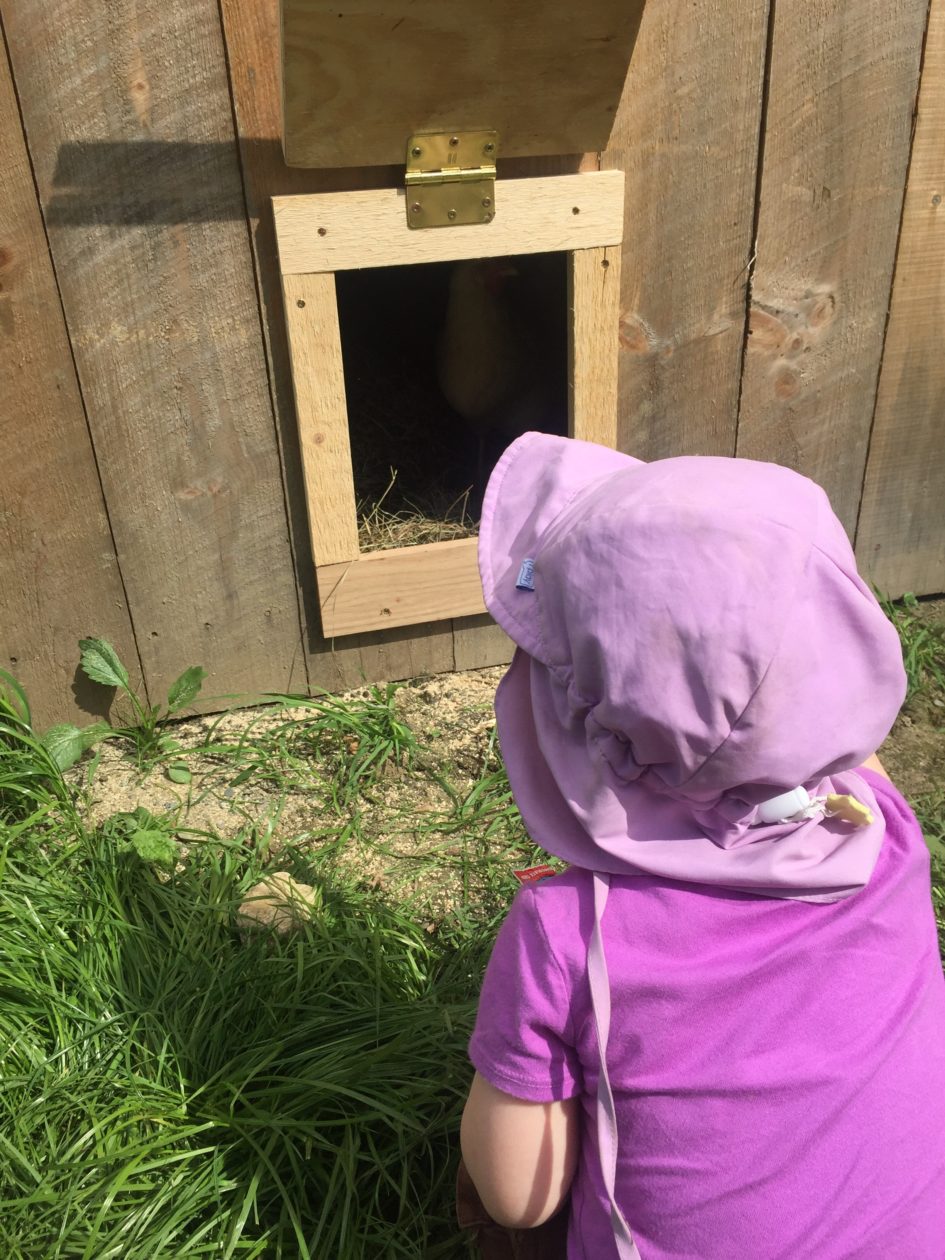 We welcomed a flock of chickens to the farm this morning. 6 hens arrived from another farm in Bradford, VT to start a lying flock at Sweet Bear Farm. 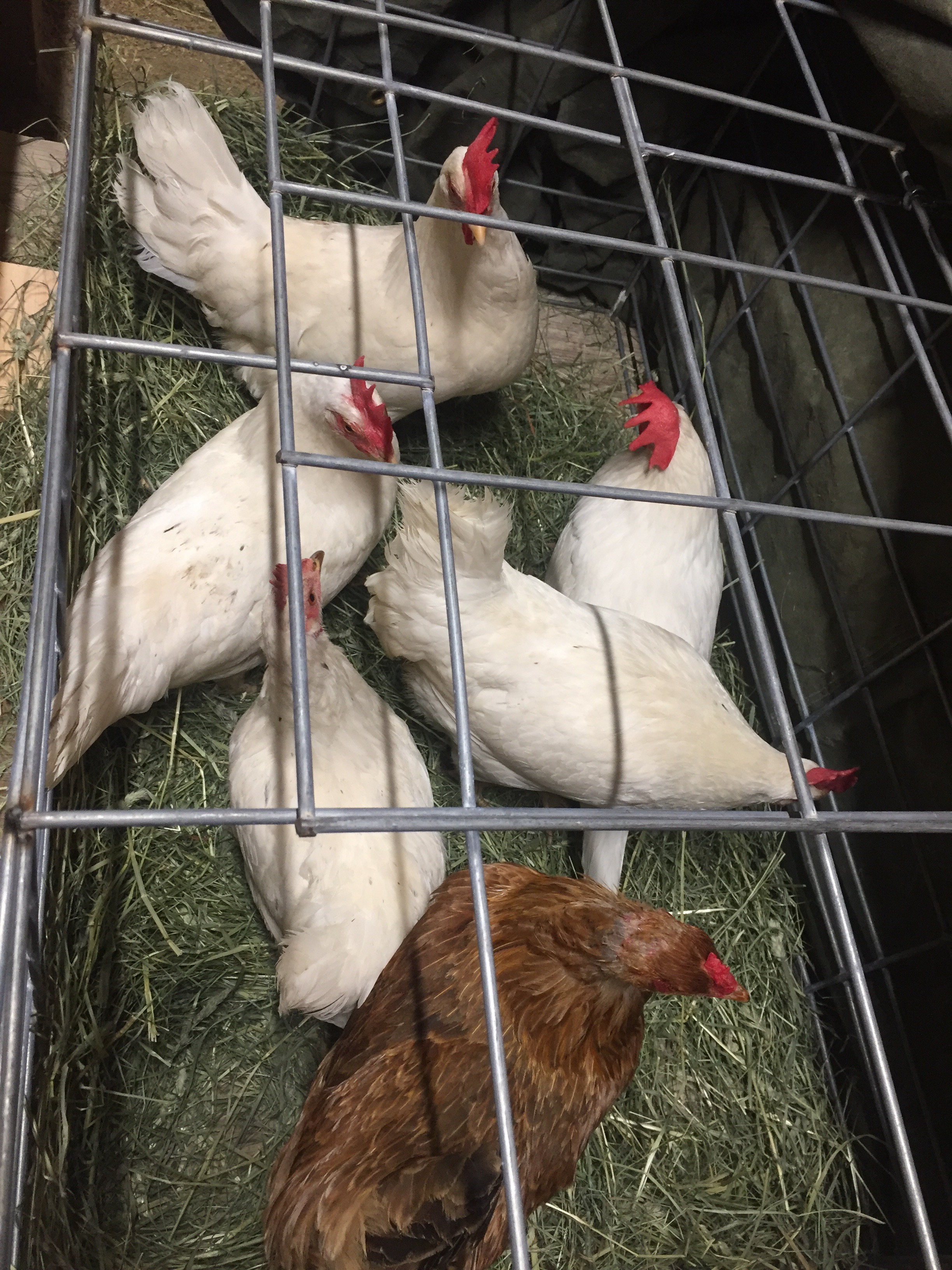 Eleanor was instrumental in the preparations yesterday, helping to build the pop hole door and the PVC pipe feeder, as well as moving hay- a skill she has mastered. 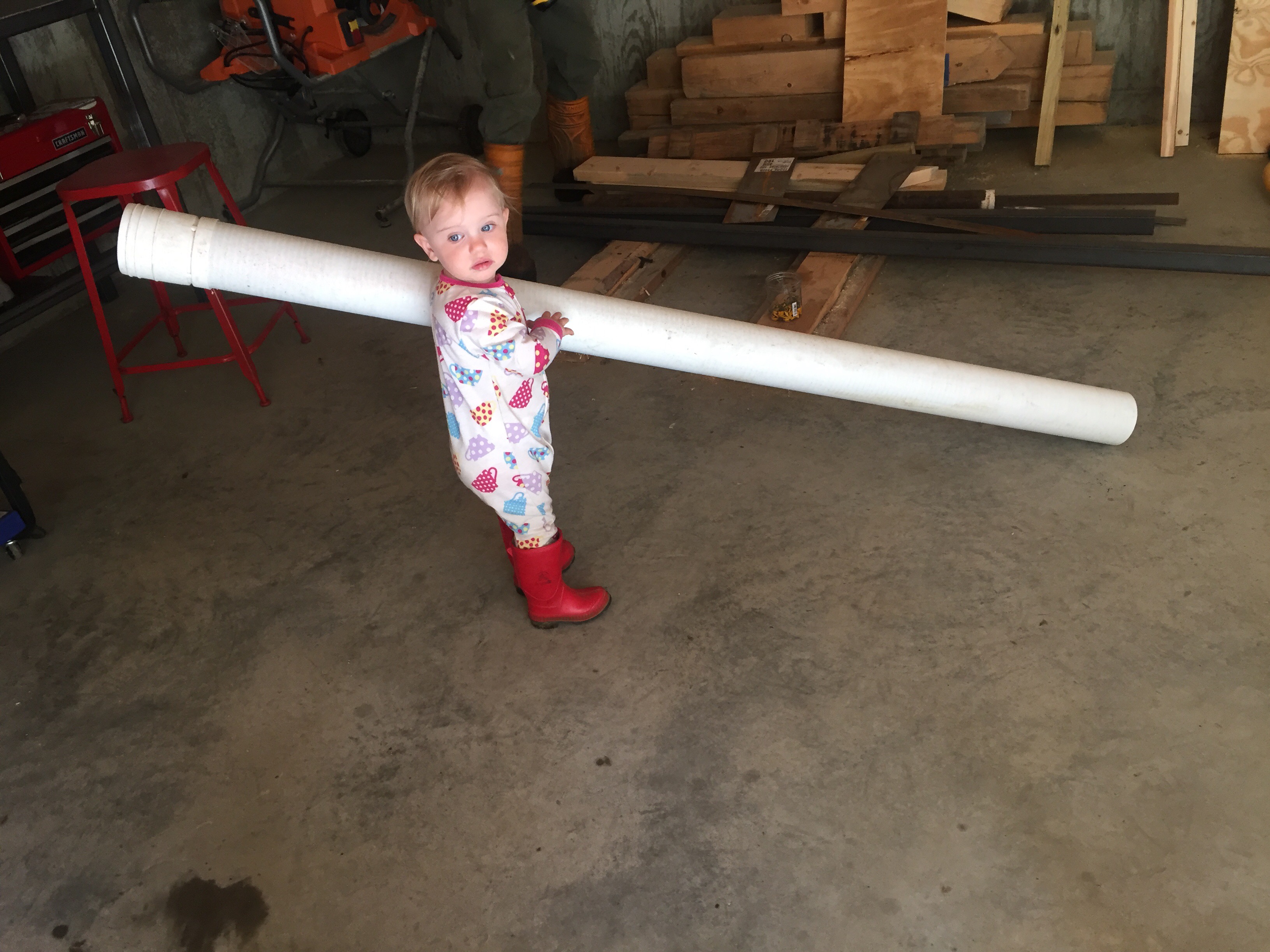 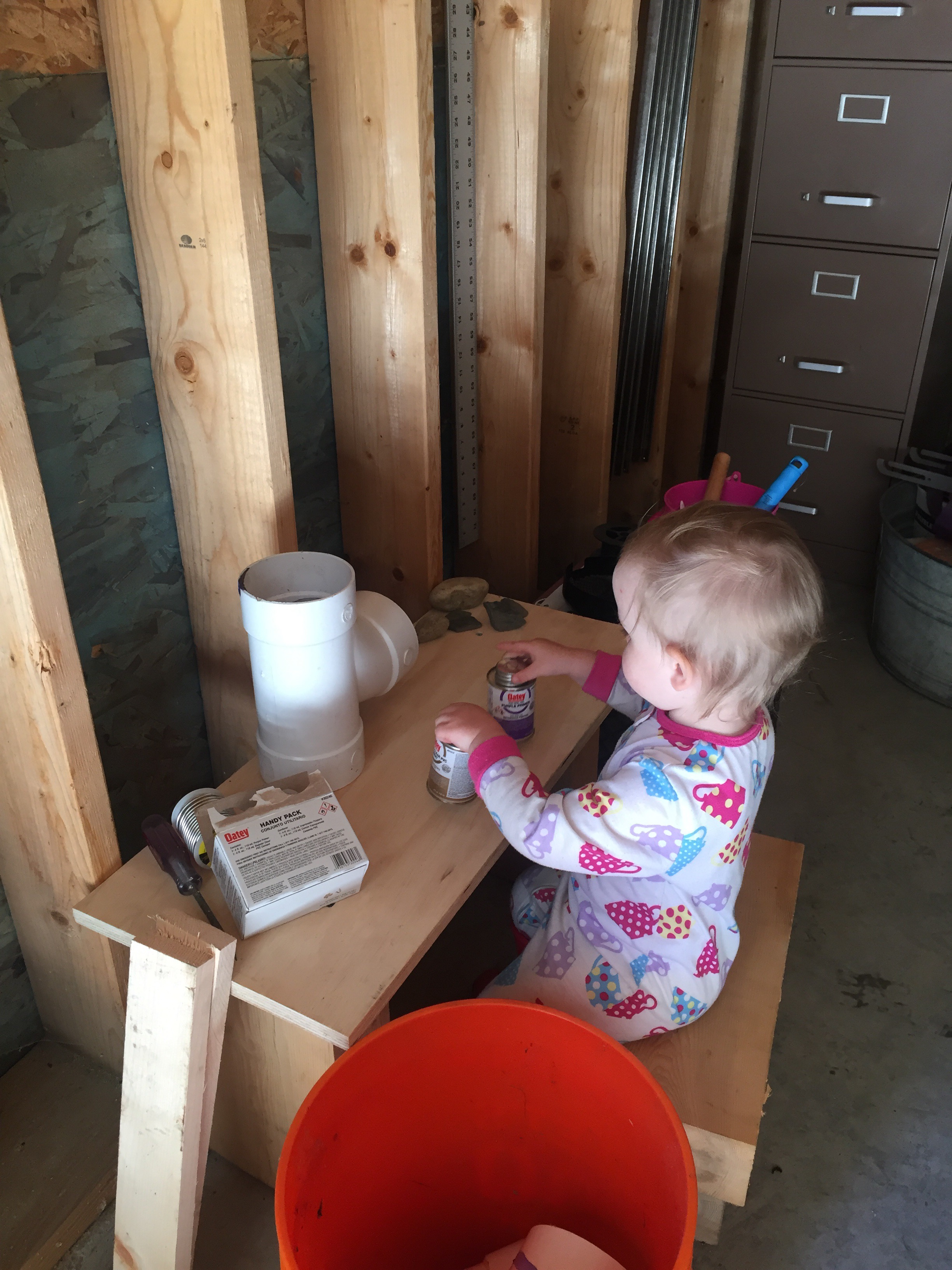 She helped get them settled once we arrived home. 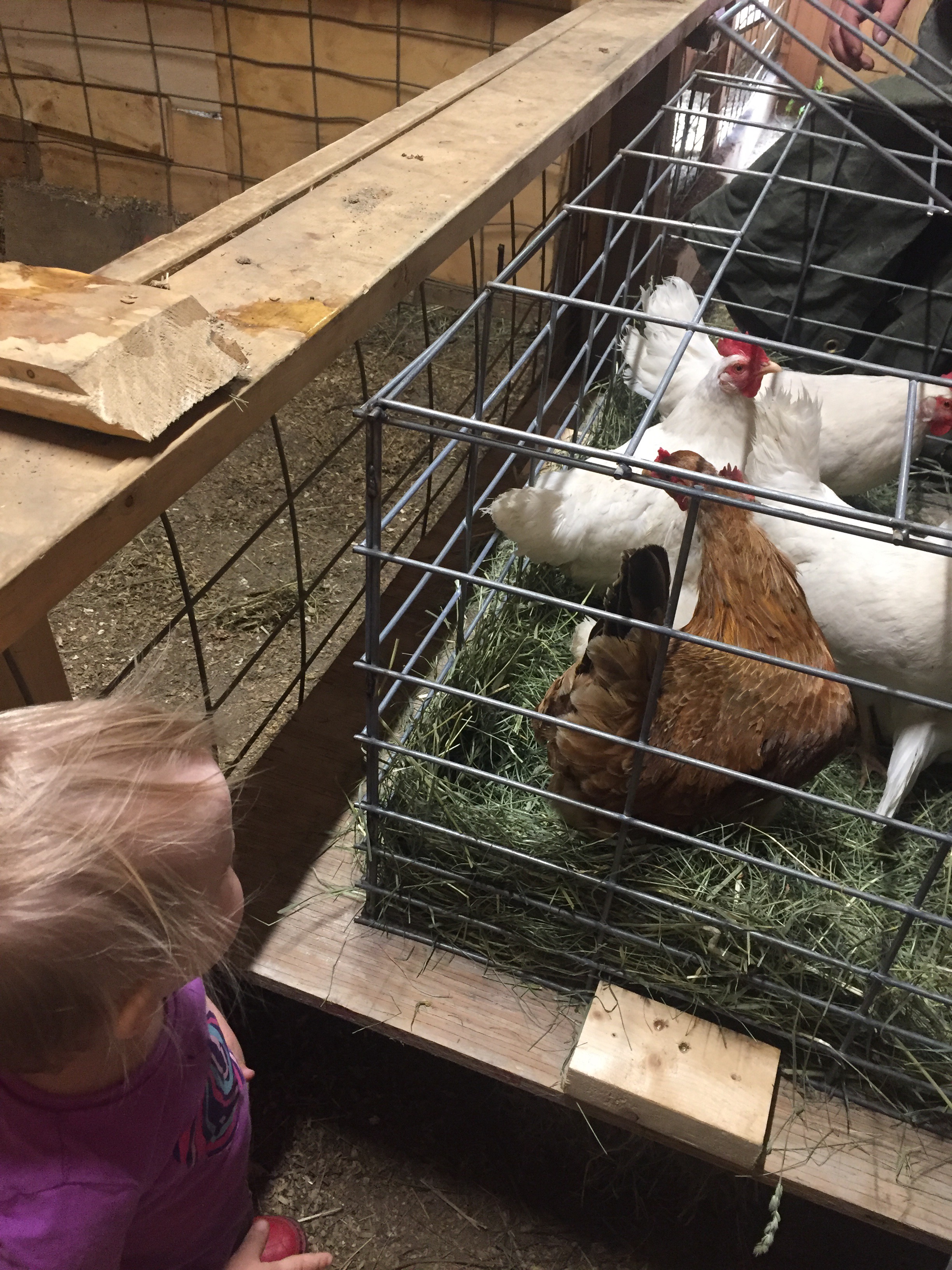 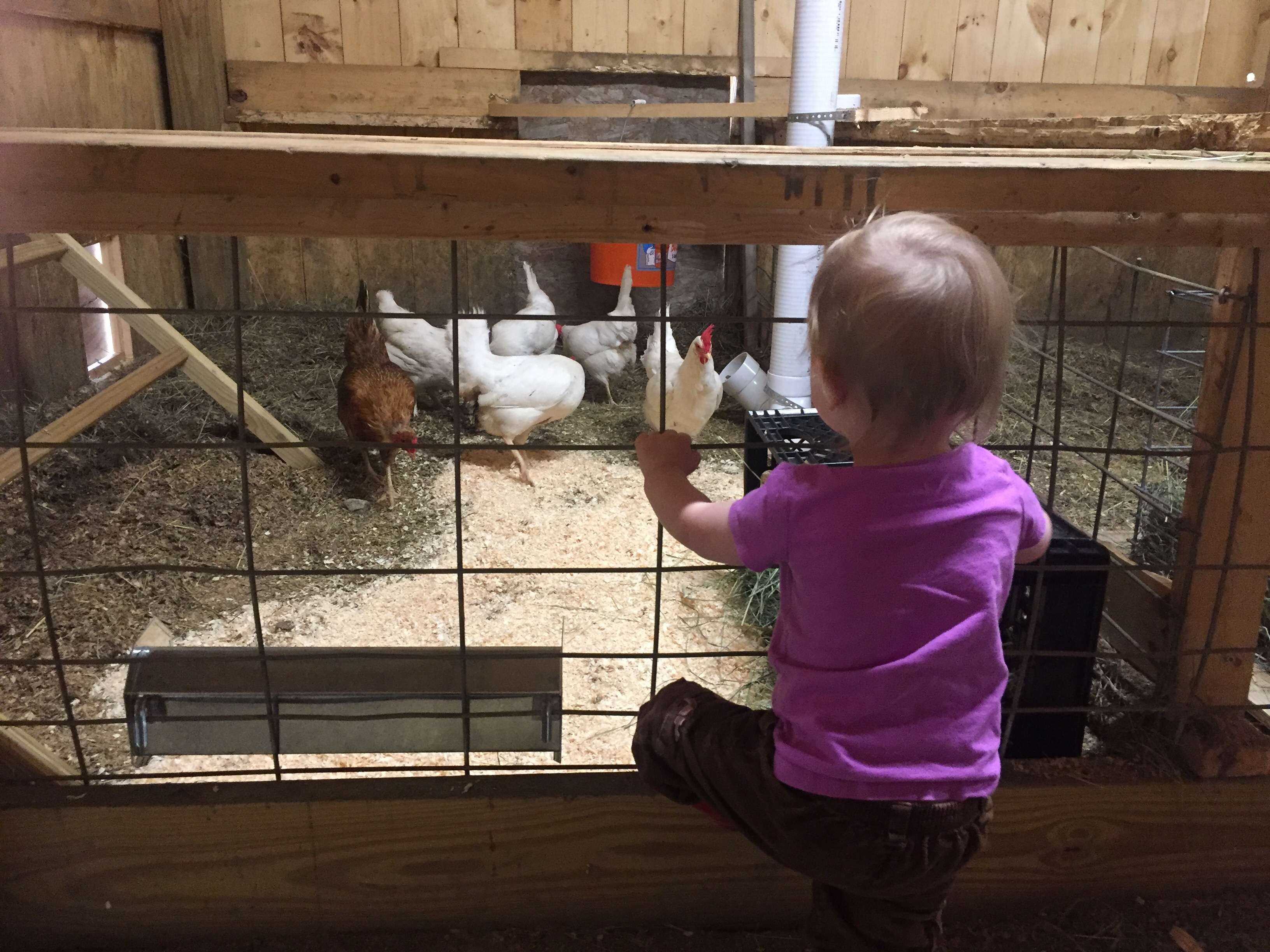 We are excited to use the animal shelter attached to the barn for second type of animal. The pigs were sheltered there all winter, including during farrowing, but it has been empty since they were moved to the more distant pastures a couple months ago. The chickens were very happy to scratch around and eat left over pig grain.

Once they had established their new home, we opened the pop hole and let them free range. 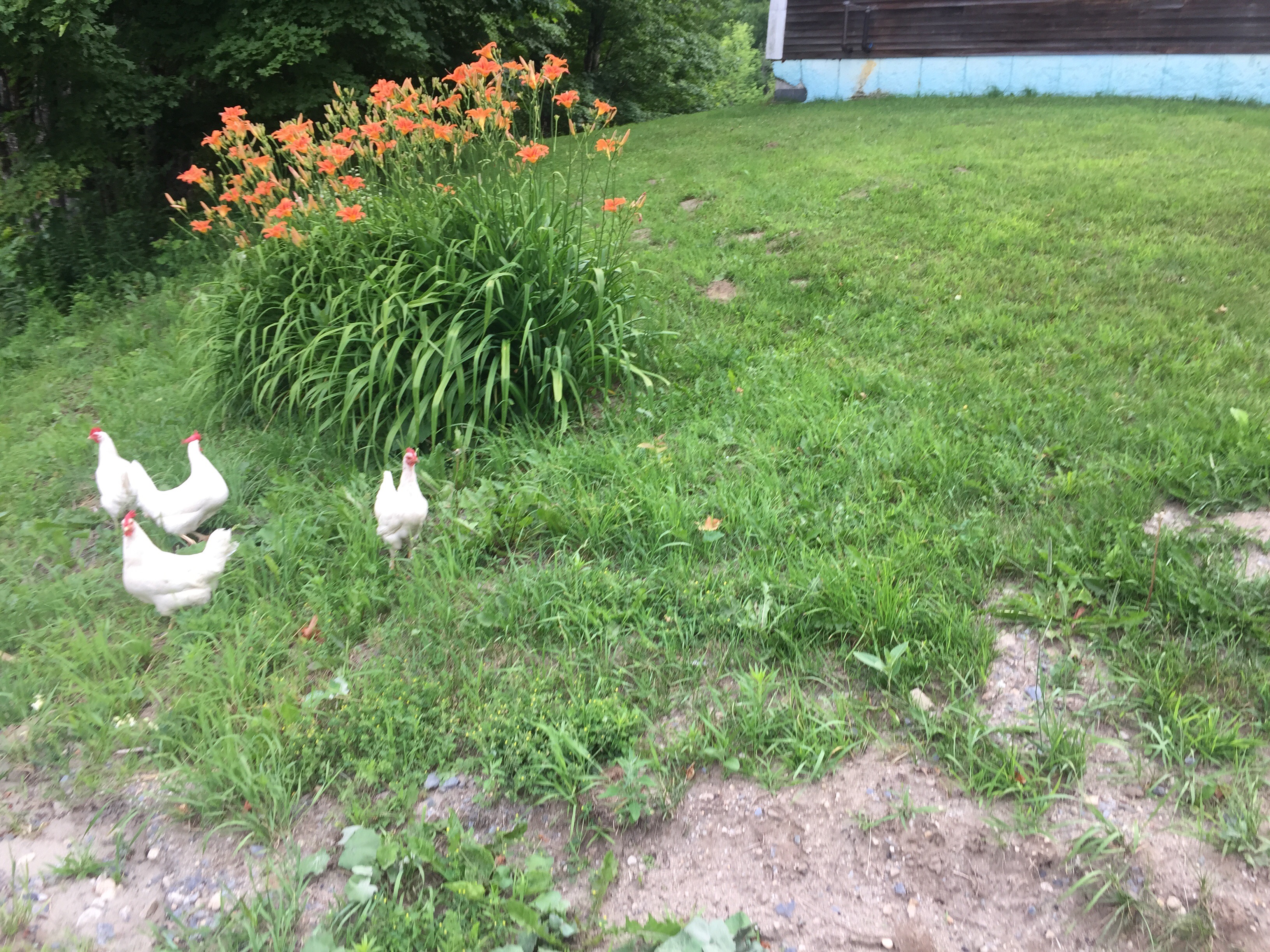 Forrest was extremely good with them, even guarding them for a while. However, as the evening wore on, he did have to chase them briefly.

The ladies were even nice enough to give us some eggs, albeit not precisely in the nest boxes I had prepared for them! They did find a nice soft spot… 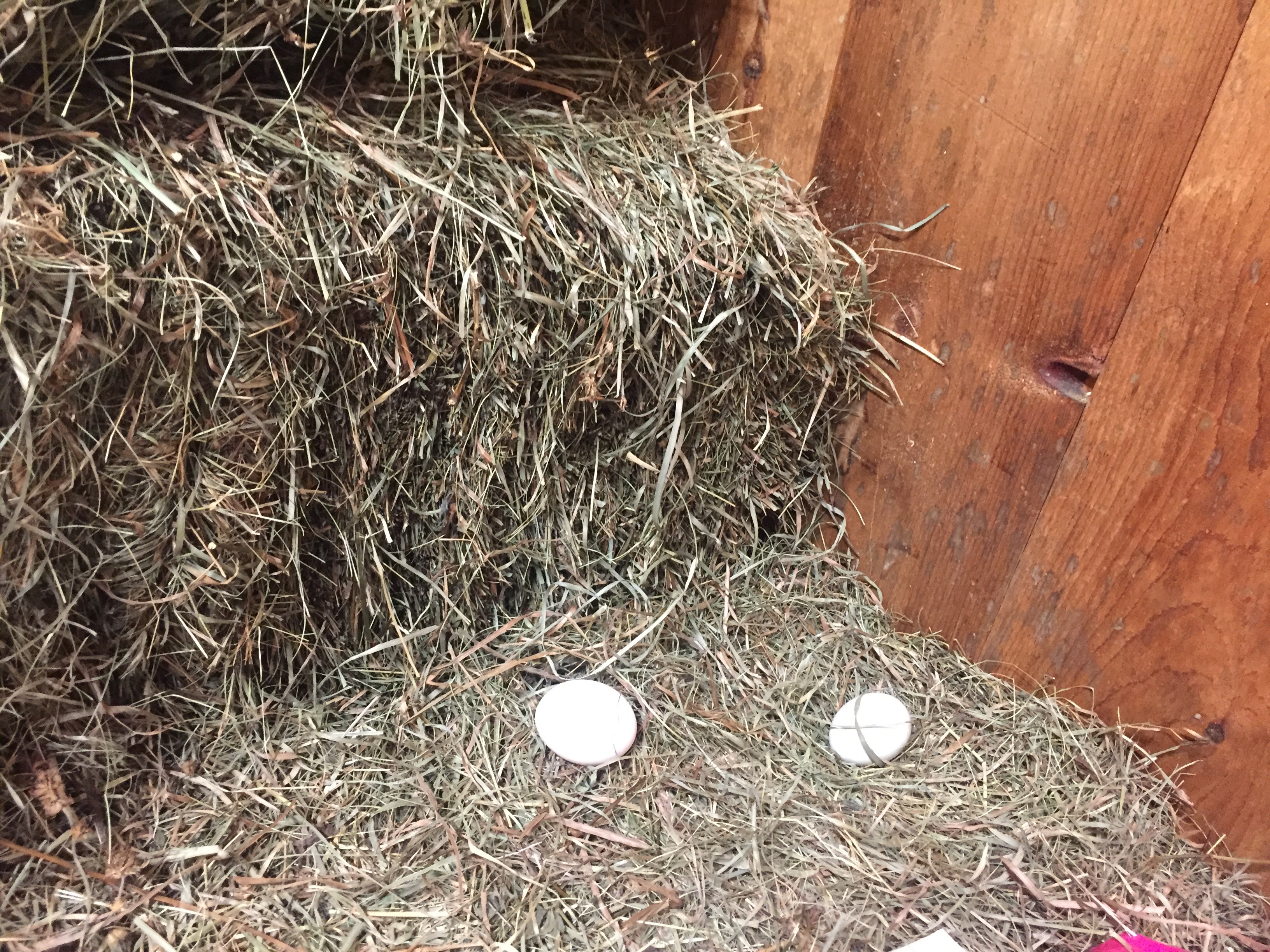 We still have the barn camera set up, and they were noted to be roosting as it got dark. Again, not precisely on the roosts Jeremiah built for them, but utilizing their surroundings… 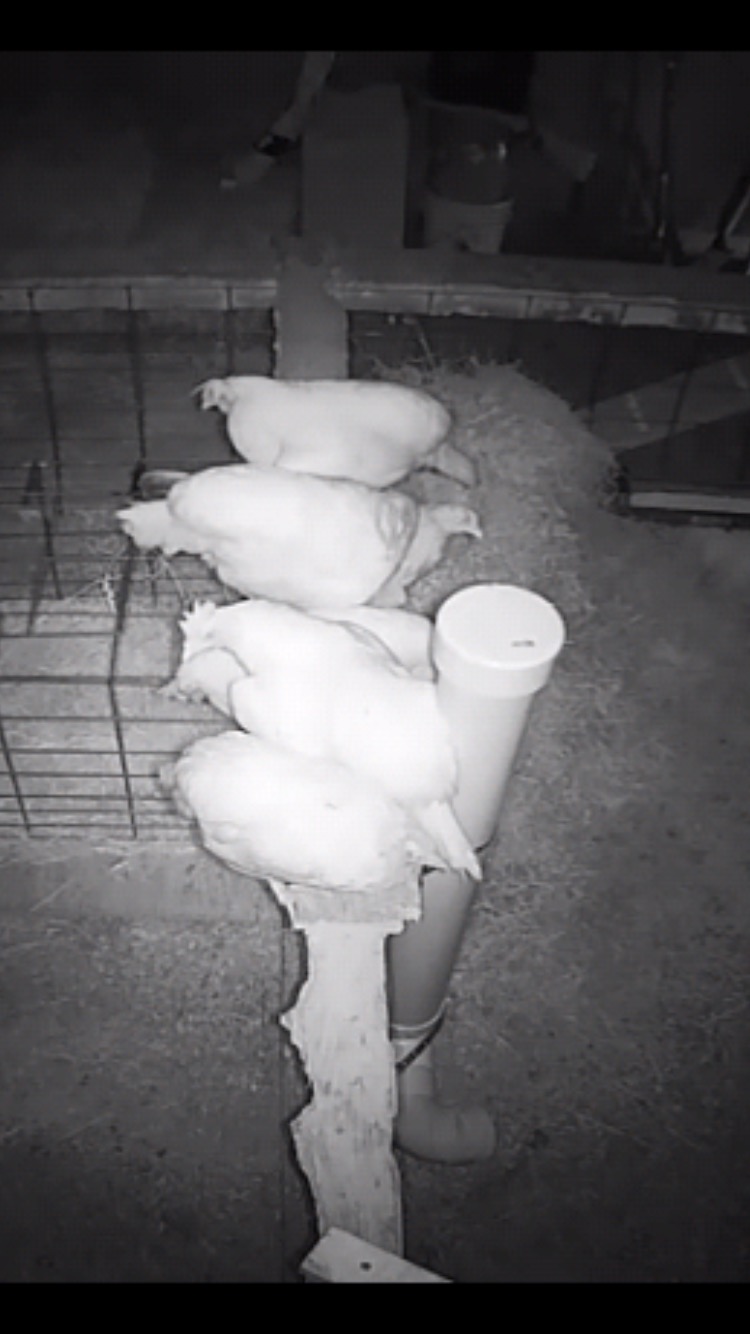